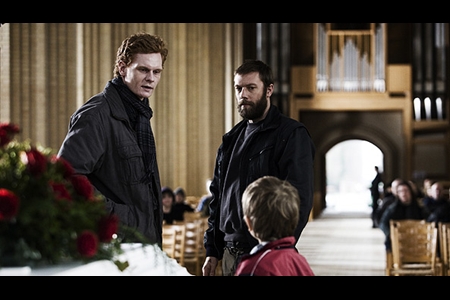 Danish actor Jakob Cedergren is on a Midas streak. His films have been something to watch out for. He has slowly established himself as a force to reckon with. He has the potentially the makings of a big star. He started his work on small TV roles and then he made some comedy films like Dark Horse.

Last year his film Terrible Happy was Danish Oscar submission and this year he has Thomas Vinterbergâ€™s next film called Submarino.

A story about two estranged brothers; marked by a childhood gloom. They were separated from each other at a young age by a tragedy that split their family. Today, Nickâ€™s life is drenched in alcohol and plagued by violence, while his kid brother, a solo parent, struggles as a junkie to give his son a better life. Then one fine day their paths cross, making a confrontation inevitable, but is redemption possible?

Check out the trailer here and tell us what you think about the film.