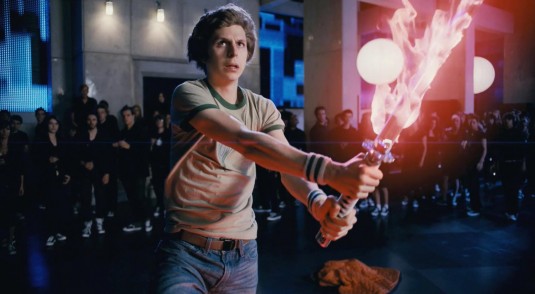 Scott Pilgrim gets it right on the money In the last couple of weeks there has been a lot of hatred shown towards Michael Cera. They are seriously tired of the guy. He really lacks variation. But the guys who did the marketing for the film have really hit the jackpot with this new TV spot.

Universal Pictures is working all the areas to make this film a hit. This TV spot is not real, but really should have been given a chance. So we will get to see a lot more people come for the film because of this silly TV Spot.

The film will be out on August 13 th and it will be expected to take a big opening.