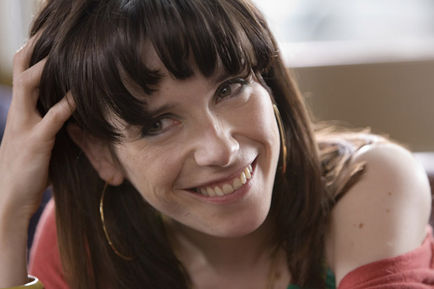 Sally Hawkins starrer Made in Dagenham gets picked So many films were not picked up last year because of the strength of the subject. Films like the Ellen Page starrer Peacock went straight to the DVD. Now there is some good news for the Sally Hawkins Starrer called Made in Dagenham. It has a really fine cast with Sally Hawkins , Rosemund Pike, Miranda Richardson and Andrea Riseborough. The film was described as a rousing, inspirational, entertaining and often hilarious dramatization inspired by the true story of the 1968 strike at the Ford Dagenham car plant, where female workers walked out in support of equal pay.

This is just another studio fetish film. It will get a lot of Oscar radar and it will certainly have some good performances. But that will be about it. Now who cares where it wants to approach and who this silly thing is even for. It seems to be another Erin Brockovich with lot more women at it. So this will be another silly farce. An impact film made for foolish women.

British have been trying to recycle many underdog tales in the last couple of years trying to win votes at festivals. For instance films like Slumdog Millionaire have sort defined the British Films scenario. It is really silly and better to disown films of such nature. Now there are also men in the film we talked about above. Bob Hoskins, Daniel Mays and Richard Schiff are all part of this turnaround gives me a look sort of film. Will this film turn out to be feel good is all that matters to the studios. What happiness these studio bosses are deprived of? That will make for good cinematic pleasure than the trivial things they bring to us.

The film is directed by Nigel Cole who gave us films like Saving Grace and Calender Girls. If all goes film this film will become a hit and rob you silly. So we hope not cover this film.