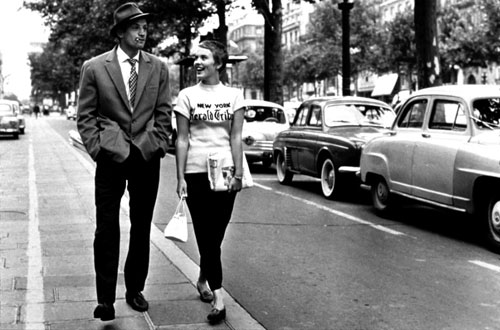 There are so many cinematic styles and techniques being formed in Hollywood. But most of them have been manufactured. For instances the jump cuts manufactured by the notorious Tony Scott. They have reached the point of silliness. The humble beginnings of this technique were famously subtle in the Jean Luc Godard film Breathless. Now In the case of Ridley Scott it is famous to see the scene of the fields where we see Russell Crowe stretches out his hand. It is these horrible motifs and use of technique that have been the mainstay of the Decent Cinema genre. Gladiator is a free flowing example of this genre.

The emotionally high strung film is glazed with the moments which feel to kitsch now that we revisit it. But for some this is the idea of cinema and where it needs to go. But all these melodramatic introductions and fast paced action is a thing of the past. It is still being rehashed and made without any concern for the audience.

Ridley Scott was a director of science fiction films in the last couple of decades. He created revisionist science fiction films like Blade Runner and Alien. But it was when he entered into the dramatic genre things began to look murky. One famous instance of him really angry at not winning an award for Gladiator is truly ignorance on his view of cinema. Cinematic language needs to be refurbished for Hollywood in order to make it acceptable. Our purpose is not to play to the audience sensibilities but work towards creating something thought provoking and dangerously personal. Russell Crowe is a frequent collaborator on most of Ridley Scott Films. It is his through his performances that he has able to create such striking characters. But the cards played by Russell Crowe have slowly dwindled. It will soon reach a point the audience will expect what he will do.

So it was not really good to see the two of them collaborating once again for Robin Hood. It was a lesser film and there was nothing really going for it even in terms of story. What are we here to witness? It has a dÃ©jÃ  vu to the film mentioned above. Now with the restricted ideas of Ridley Scott on film he wants to show this film to the audiences of Cannes. They will burn it to shreds. It is a surefire mistake on the part of the producers who will take advantage of the Cannes audience response.

Cannes has done this as a celebrity call film. Many of them will love to see Cate Blanchett and Russell Crowe on the carpet for the same film. There is a fascination by some quarters on the film star. The festival by itself has reduced a lot of its luster in the recent. It has become a major headline grabbing festival with many controversial titles surfacing yearly. Last year the best director was awarded to Brillante Mendoza for his unwatchable Kinatay. The new form of Cinema is that for unflinching senses. This has been part of the festival and has lead to the digression to discover filmmakers. Ridley Scottâ€™s ambitions for his films seem frivolous. But the marketing campaign for Robin Hood makes it look like an infectious sequel to Gladiator. This has also changed after many bloggers voiced their opinions on this regard. The producers have gone to the extent of playing another trailer with a lot less resemblance with Gladiator. The only thing they can look out for the publicity that comes out from this particular festival.

Robin Hood is one of those folkloreâ€™s American have grown to love to repulsion. There were several movies made on the legend. They have all turned out to be hits in their time. So there was no need for Ridley Scott to leave his Science fiction film Brave New World. By leaving this world of Dystopia he has made a terrible misstep on his part.

The new Robin Hood film will pay respect to the original story. The villain in the film will be France and the Norman Invasions and will try to bring a little more reality to the legend of Robin Hood. Robin Hood is the only man who does not play to the fancies of the Norman overlords. So this will be a war between the Saxons and the Normans. So with the help of Robin Hood there will be a rise against them. It almost feels like the Che two part film. Where a group of outcasts fight for their peopleâ€™s freedom and a lot of them killed until the whole nations begins to back them. But how far this story can get away from the comparisons to Gladiator is still to be seen. The trailer gives us a sense of a action film that will play well to the paying audiences. There will be certain compromises on the part of the actors. For example plays a sword wielding widow who takes up the Robin Hood cause but in the process falls for his charms and ideals.

But with Cannes allowing these horrible Hollywood films to play to their screens makes it look like sleeping with the enemy. Is it their intention to make Cannes profitable to the financers? The film being turned into a commodity itself will lead to the diversion of its central truths and ambitions. To what extent are we going to see this acceptance on the part of Cannes to showcase box office films? Cannes has been for so many years the bearer of small films. Will it be able to sustain the temptation thrown at them from the big studio bosses?

There is this wrong conception in several Hollywood films that by bringing in serious actors the film will be received well. Kingdom of Heaven was a case where they had a strong backbone of supporting cast but the central character failed miserably. So by adding stars like Max Von Sydow, William Hurt and Lea Seydoux will not give the film critical leverage unless there is any truth in the picture.

The heroic aspect of the film is all what the audience will lap up. They will want a character they can relate to and take home and have great dreams of characters they are close to. The intention of cinema is not to leave you comfortable in your bed but to make you roll out of it.