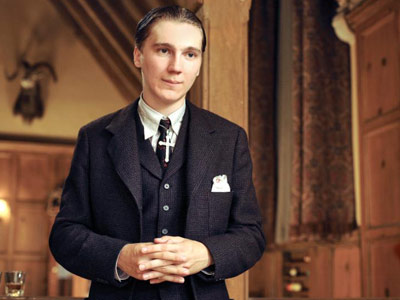 Paul Dano seems to be getting quite a lot of negativity after his last couple of releases. He will join the cast of Wichita, an action comedy that stars Tom Cruise and Cameron Diaz. We put up some pictures from the set of the film. Tom Cruise seems to be more relaxed with a co star he has worked with earlier. His last association with Cameron Diaz was in the immensely likeable Open Your Eyes remake.

What is Danoâ€™s part in all this? He plays a charming yet mysterious scientist. His invention is the cause of concern for Tom Cruiseâ€™s character. Diaz gets tangled in all this and looses her way. There is a huge budget in this film with massive crashes and some no nonsense action set pieces. But with tom Cruise seeing the end of the rod in the last couple of years. It will be difficult to say what sort of expectations we can have.

The film will be released by next year and it will be directed by James Mangold. His last film 3:10 to Yuma was one of the best in his career. There was also the immensely likeable Walk the Line. There have also been several duds like Kate & Leopold and Girl Interrupted. A teasor of this film will give us a clear indication where this is headed.