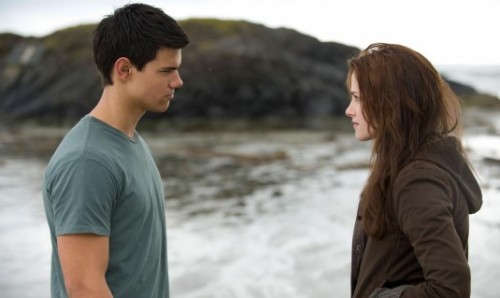 Official Trailer for The Twilight Saga: The New Moon The New Moon has really packed in the right dose of action, love and betrayal. There is some new addition to the already packed bunch of Vampires. The Volturiâ€™s are back in this one with a vengeance. They have their obscure codes and reeling to destroy Robert Pattison. The fan girls are going to probably going to jump at this one. Kristen Stewart and Taylor Lautner seem to be a little more cozier in this sequel.

It is a reason to rejoice for all the Twilighters who seem to be waiting for this one with bated breath. There are some people all ready calling foul play with RPattz being beaten into a pulp in the trailer. Bella seems to have got some increased adrenalin rush in this picture. She seems to jump around, ride a bike and try to kill herself in all possible ways.

There is also that love triangle that everyone is talking about. This is going to be messier than the first one. Kristen Stewart seems to be back in the no acting zone. So check this one out only if you are not an RPattz fan. Otherwise we are sorry for all the heartache this trailer might cause.

This time round the film is helmed by Chris Weitz, whose work on the Golden Compass is something you guys should check out after the trailer. I think there will be a new legion of fans when this movie comes out.