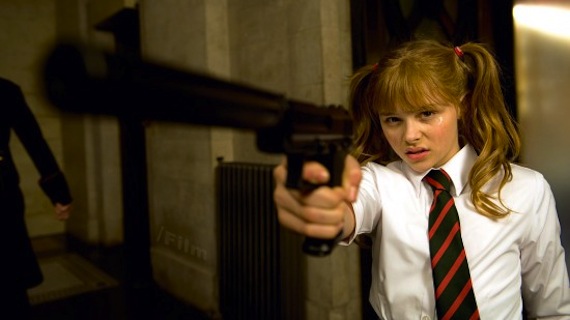 The performance at the box office was dismal, but Kick Ass has been green lit for a sequel. The film will be called Kick Ass 2: Balls to the Wall and is on track for a 2012 release.

Mathew Vaughn has been hard at work for the X Men reboot. So it is not certain when the shooting for the film will begin. Mark Millar is known also to open his mouth a little too soon. Mark Millar spoke to Radio 5 and confirmed that, due to strong sales of Kick Ass DVDs. Kick Ass 2 will be surely move forward.

The film will start just days after the first part of the franchise. This is what Mark Millar had to say about the new film in production.

Mark Millar also talked to Radio 5, but he was forthcoming with them.

“We’re probably about nine months away from production starting, at the earliest, because Matthew [Vaughn]’s got to do ‘X-Men: First Class. Matthew just wants to get ‘X-Men’ done next year then hopefully we’ll just go straight into ‘Kick-Ass 2,’ that’s the plan.”

Chloe Moretz will be back for the second part. The film will be again based on the graphic novels by Mark Millar.