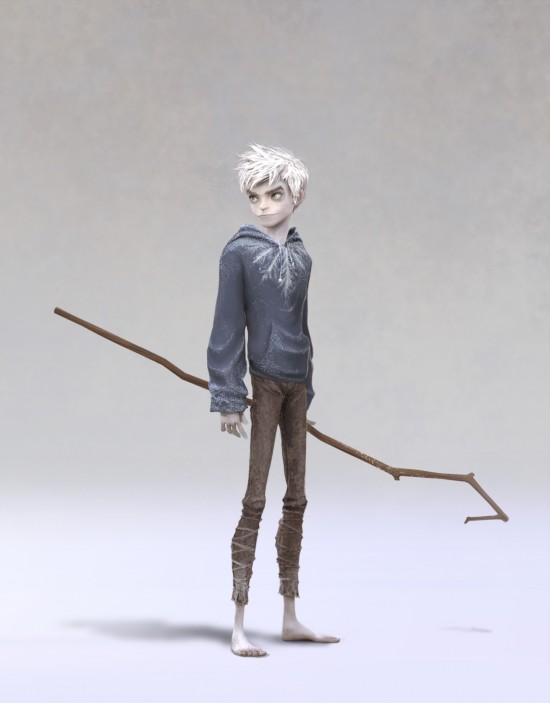 Leonardo DiCaprio will make his animated feature film debut as Jack Frost in The Guardians. They have also gone one step further to show us how he will look in the Guardians.

The film will be based on the upcoming book series by William Joyce, whose work inspired Meet the Robinsons. The film will be a contemporary fairytale based on existing fairytale characters. The characters will also include North, Bunnymund, Tooth, and Sandy. They have to team up together to stop an ancient spirit called Pitch from plunging the world into eternal darkness. The first book in the series will be released on Christmas 2010. Jeff Lynch will be taking on the directing duties of the film. When an evil spirit called Pitch becomes bent upon taking over the world by inspiring fear in the hearts of kids everywhere, a group of our greatest heroesâ€”Santa, the Easter Bunny, the Tooth Fairy, the Sandman and Jack Frostâ€”band together for the first time, determined to stand in Pitchâ€™s way. More than a collection of storybook subjects, â€œThe Guardiansâ€ are also a band of superheroes, who possess their own special powers. Now joined in opposition of a common foe, the Guardians heed the call and combine their powers to defeat Pitch and protect the world from his campaign of fear. The film is based on â€œThe Guardians of Childhood,â€ a series of highly anticipated books by William Joyce.