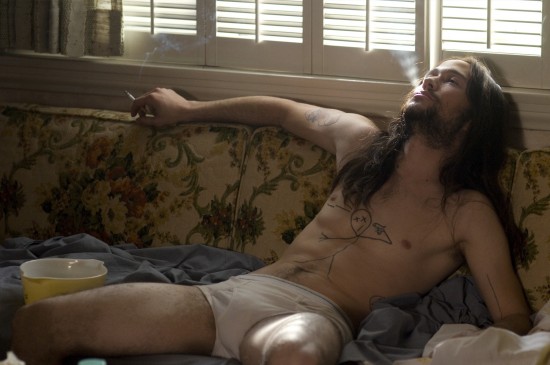 Director Spencer Susser who is known for his short film I love Sarah Jane. It featured then unknown Mia Wasikowska, who has gone to become quite a star and is featured alongside Johnny Depp in Tim Burtonâ€™s Alice in Wonderland.

Now after working on a host of commercials and music videos he has finally completed his first feature length film. It is an indie drama called Hesher and stars indie stars Joseph Gordon Levitt, Rain Wilson and Natalie Portman. Susser has been developing the movie for the last four years. The film was co written by David Michod. It tells the story of a 13 year old boy named T.J. After loosing his mother he is forced to live with his pill popping father and his elderly Grandmother. A young man with a troubled past named Hesher takes the role of both mentor and tormentor leading the little T.J. into loads of trouble he could never imagine. A young grocery clerk named Nicole played by Natalie Portman steps in to protect T.J. from a vicious attack, and become the object of the childâ€™s every desire. On the other hand Hesher enters Grandmaâ€™s house and begins to get accepted over there. The film will be releasing during the Sundance Film Festival next year.