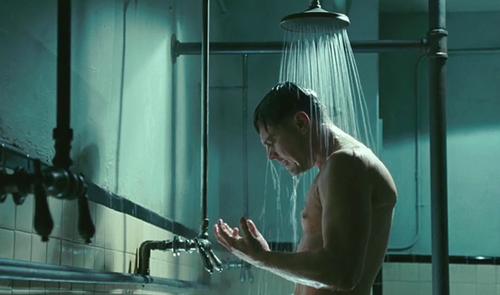 Leonardo is getting the best of American filmmakers in the last decade. He is the pick of the best of them. Now he will work with Clint Eastwood after he completes his work with Matt Damon in Hereafter.

The actor Leo showed a lot of poise in the Shutter Island keeping all the mindlessness in the front. The new film by Clint Eastwood will be penned by Dustin Lance Black and will give us a glimpse into the life of J.Edgar Hooverâ€™s fascinating yet controversial career.

He was the first director of the FBI and pursued John Dillinger and later opened several files on American citizens who he considered subversives or radicles. The premise is already delicious and will push into the territory of intrigue. Hoover is also famous for making the COINTERPRO program, perhaps his most controversial legacy.

This program was used to disrupt many controversial groups like the Ku Klux Klan and American Nazi Party to some harmless civil rights group. Now here comes the favorable cinematic twist to the tale. Hoover is also famous for being gay and a cross dresser. He never did come out of the closet but he did play an affair with his director Clyde Tolson. Tolson inherited his estate and moved into his home after the death of Hoover.

Leo will be X raying this role so that he can make it a part of his beautiful yet thoughtful resume. It will make him get at the madness of Howard Hughes which he had exhibited in The Aviator. Leo will also have to work a lot on his body for this film. So it will probably take time to create Leo as this imposing character. There will also be interesting interplay between Clint Eastwood, Oscar winning Black and Leonardo DiCaprio. This will be something to look out for in this film.

The film will be answer to what the critics have been saying about Clintâ€™s last couple of movies after the strong showing couple of years with Million Dollar Baby and Letters from Iwo Jima.