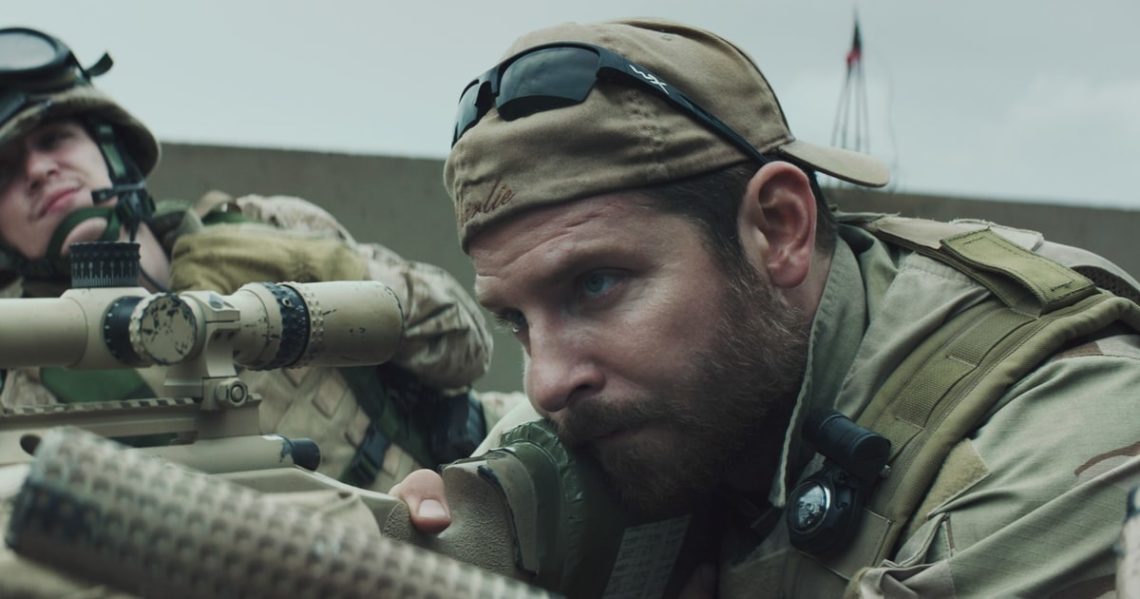 Although American Sniper came out in January this year, thinking about it still gives me chills. The fact that it is a true story, and reflects on one of the many great servicemen in our military, makes it feel as if you are tied to it in a way. It is a story that is happening now, and one that still strikes me to the core. Because of this film, I have never felt more appreciative of the people who do put their lives at risk to keep us safe.

I don’t think there could have been a better cast or director to make this film come to fruition. Clint Eastwood directed the story flawlessly, and did so in a way that allows audiences to see both the life of a husband and a man, but also a soldier who feels it is his personal duty to keep those men he works with safe. On that note, I cannot go without saying that Bradley Cooper did a phenomenal job in portraying Christ Kyle.

Cooper had the opportunity to meet Kyle when the film was first being put together. Both men hit it off instantly, and in this instance, Cooper didn’t have to figure out what his character was like, Cooper came to know him personally. I believe he did so with the upmost respect towards Kyle himself as well as his family. He didn’t have to really pretend, he knew how to bring Kyle to the screen without much difficulty.

The story itself has a good balance (as noted) between the man and the soldier. Viewers watching the film will see what it really means to be a soldier in war, a brother in arms, but also a man who has a family thousands of miles away. How does he keep the two separate? How does he keep the two together? These are the things the character must understand in order to live his life among ‘the living’. Viewers truly see how it is for our soldiers who come back seeing what they’ve seen and done what they’ve done. The blindfold as it were, is taken off of our eyes and we witness a whole different issue that we never think about. We see how it affects those around us. The film is powerful in trying to answer and show us these questions. One of the most gripping scenes is at the end of the film. Real footage is shown as a song by Ennio Morricone plays over any other sound that may be in the footage and it is honestly something you feel deep down in your bones. I doubt there were any dry eyes in the whole theater I sat in when this scene played.

Further on after the footage has ended, and the credits begin to roll, all anyone hears is silence. I have come to believe that is simply to invite the audience to have a moment of silence. This too is incredibly powerful, and it shows that Eastwood understood this when coming to the project. People have to leave feeling as if they had been struck dumb in order to think about the story and also to contemplate on how it affects them.

Sometimes you come out of a film thinking, “Oh yeah, that was good”, but coming out of American Sniper is much different. You walk out feeling a much deeper emotion, and it is something that you don’t need to shout about. American Sniper isn’t some action-packed flashy war drama, it is about telling the real story in a way that is modest and truthful.