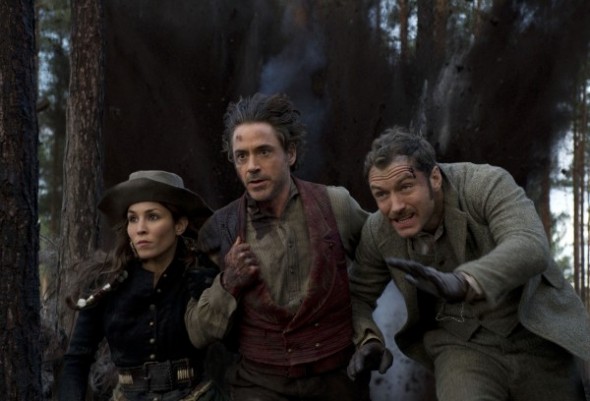 Robert Downey Jr. is a lady for Sherlock The chemistry between Robert Downey Jr and Jude Law is getting even bettern in this sequel to the popular film Sherlock Holmes. Entertainment Tonight has gotten hold of some new footage from the film.

The ET cameras had a behind the scenes look at the various disguises of Robert Downey Jr. He will be in drag for the next film. The two stars RDJ and Jude Law also discuss why they have come back together on this one. Noomi Rapace will also join them in the action this time.

The two of them were also lavishing praise on their new co star. They go on to say that she is stronger than the two of them. Her character also looks more beautiful in this one. The sequel will find Holmes and Watson confronting new mysteries as well as the evil Professor Moriarty. Tell us what you think of the new video.