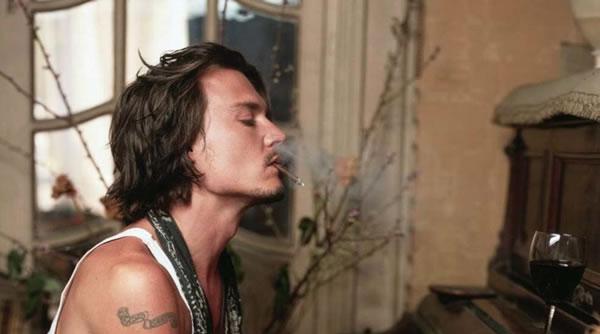 The two of them have been together in real life for sometime now. They even have two kids together. Johnny Depp and Vanessa Pradis have never starred in a feature film together until now.

The name of the movie that they will be doing together is called My American Dream, to be directed by Lasse Hallstrom and it is about the French feminist philosopher Simone de Beauvoir played by Paradis and her American lover played by Depp. This is what Depp had to say about the film.

Hallstrom has been one of the best directors of the sappy thought love stories. He made Whatâ€™s Eating Gilbertâ€™s Grape with Johnny Depp sometime ago. There is also a small synopsis of the film below.

Simon de Beauvoir met Nelson Algren in Chicago in February 1947, when a mutual friend arranged from him to serve as her tour guide for two days. The attraction was immediate, and within two months they were in love. Because Algren was so alien to de Beauvoirâ€™s world, she spent time describing events and people to him she might otherwise have taken for granted. The result is that de Beauvoirâ€™s 300 surviving letter to Algren are unusually rich in detail love letters with a conscious undercurrent of French social history. Translated and annotated by Kate Leblanc, they offer amusing insight into postwar Parisian life and characters, delivered with the charm of the nonnative writer.

This is something that will look really good on screen.