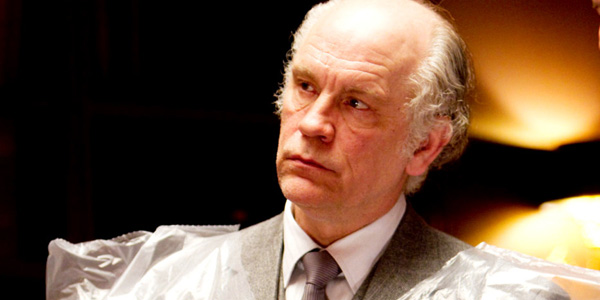 John Malkovich will be staring in Warm Bodies John Malkovich will be joining Nicholas Hoult in an R rated zombie movie. Warm Bodies tells the story of a self aware zombie who falls for the girlfriend of one of his victims, played by Teresa Palmer. R is the zombie who tries protect her from the other zombies as he starts to regain his humanity.

Malkovich will be playing General Grigio, who is obsessed with the destruction of the zombie threat. Rob corddry is on board to play M. the only other zombie like R. The film will be written and directed by Jonathan Levine. It is based on the novel by Isaac Marion. Tell us what you think of this story after reading the synopis of the film below from Collider.

R is a young man with an existential crisis–he is a zombie. He has no memories, no identity, and no pulse, but he has dreams. His ability to connect with the outside world is limited to a few grunted syllables, but his inner life is deep, full of wonder and longing.
After experiencing a teenage boy’s memories while consuming his brain, R makes an unexpected choice that begins a tense, awkward, and stragely sweet relationship with the victim’s human girlfriend. Julie is a blast of color in the otherwise dreary and gray landscape that surrounds R. His choice to protect her will transform not only R, but his fellow Dead, and perhaps their whole lifeless world.
Scary, funny, and surprisingly poignant, Warm Bodies explores what happens when the cold heart of a zombie is tempted by the warmth of human love.