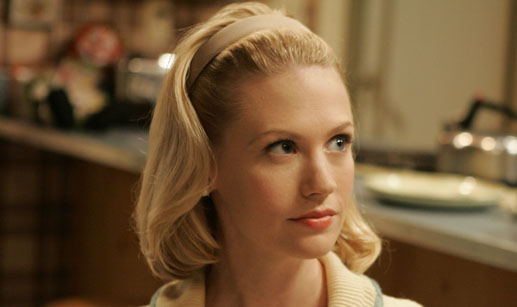 January Jones is all set to star opposite Nicolas Cage Mad Men is going to have trouble with January Jones shifting mediums. She has already signed up to act with Liam Neeson which we already reported. Then now there is the role with Nicolas Cage. The name of the movie is Hungry Rabbit Jump. The film will be directed by Roger Donaldson known for his work on the Bank Job.

The movie centers on a man played by Cage who becomes entangles with an underground vigilante organization after his wife is the victim of a brutal crime. January Jones will be playing the wife who will try to make sure that Cage doesnâ€™t loose his sanity. Shooting for the film will begin in January. Mad Men will also return for a fourth season.

I think this lady will take the film world by surprise. I could see what she could do with her role in Mad Men so expect the unexpected.