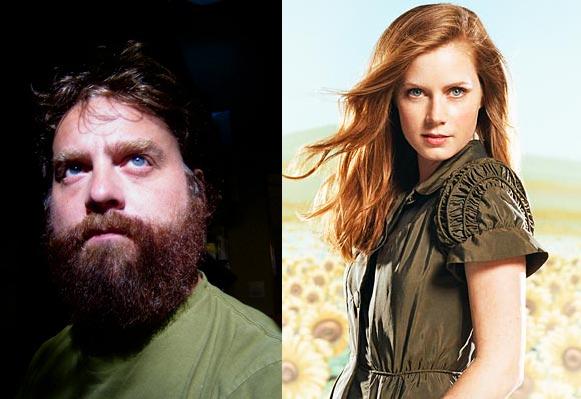 This is like the best thing that happened in a long time. One of my favorite American actresses Amy Adams is all set to star with Zach Galifianakis for Town House. They will be paired together in this unlikely casting. The film is made by the guy who made the beautiful Once John Carney. This pairing will be something amazing to watch. Amy Adams is a darling I think she might turn into the next Julia Roberts.

The film is loosely based on Tish Cohenâ€™s debut novel of the same name. It tells the story of a man who has fear of open spaces, who lives with his teenage son in a historic Boston townhouse that he inherited from his rock star father. So expect music to be central to this film. With royalties from his fatherâ€™s work dwindling, the man is forced to come to terms with his life. A call girl strikes up a friendship with the man.

This is surely going to be a winner. I just can imagine Amy Adams play the anti call girl existing in the streets and trying to bring in love or friendship. This film will be part of the schedule for 2010. This is going to be something if taken in the direction where Once was.