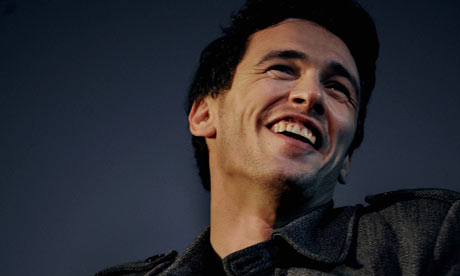 James Franco to take on The Adderall Diaries James Franco is looking out for his nomination for the Danny Boyle film where he plays a man who had to cut his hand to free himself. 127 Hours is the film that is getting a lot of praise at several festivals.

He will also be hard at work writing, directing and acting in his first film called The Adderall Diaries. It is based on the Stephen Elliot memoir. James Franco has made a documentary and a handful of shorts. The new story is about a writer whose attempt to cover a murder trial takes some twisted turns. Here is the synopsis via Playlist.

As a writer stymied by past success, writers block, substance abuse, relationship problems and a serious set of father issues, Elliott’s cracked-out chronicle of a bizarre murder trial amounts to less than the sum of its parts. Not long into the 2007 trial of programmer Hans Reiser, accused of murdering his wife, the defendant’s friend Sean Sturgeon obliquely confessed to several murders (though not the murder of Reiser’s wife). Elliott, caught up in the film-ready twist and his tenuous connection to Sturgeon (they share a BDSM social circle), makes a gonzo record of the proceedings. The result is a scattered, self-indulgent romp through the mind of a depressive narcissist obsessed with his insecurities and childhood traumas.

James Franco looks like he wants to make some brave changes in his career.