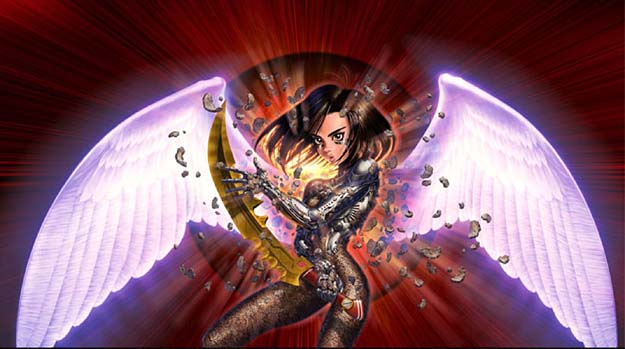 James Cameronâ€™s filmography seems to be really huge with the planned Avatar sequels and also the much talked about Battle Angel project. James Cameron spoke about this project recently at the MTV and gave them some info on what to expect from this project. It is an adaptation of a popular manga series called Battle Angel Alita. It is a futuristic science fiction manga about a female cyborg warrior who is rescued from a scrapehead beneath the floating city of Tiphares by a cybermedic expert.

â€œWe are not that far down the line,â€ Cameron said. â€œWe have a very good script and we have done a lot of production design. We have done about a year of production design and we have put together an art reel that shows the arc of the film. It is pretty much hyst add water we are ready to go.â€ So maybe Cameron could get to this before he returns to Pandora in an Avatar sequel? â€œIâ€™m not sure that Iâ€™m going to do that film at this point. I might, I still like it, but it seems like every time I make a movie it changes my perception of what I want to make next,â€ Cameron told in the series of interviews.

“The mixture of live-action and CG is a little trickier in 3-D than it is 2-D,” Cameron told MTV. “Now we see it’s good to have done Avatar first before Battle Angel, because the tricky scenes are where you’re blending live-action photography, stereoscopic photography and CG.”
“Shooting live stuff in 3-D and then adding CG characters and landscapes beyond that, that’s a little tricky,” he explained.

James Cameron will also be employing the same techniques he did for the Naâ€™vi to the the cyborg girl. But most of the movie would be otherwise be shot in live action. He is still waiting for technology to improve to make this character possible.

The foresight he showed for his last couple of movies didnâ€™t really stop him from making great character in movie like Terminator and Terminator 2. Let us just hope this film comes into existence as soon as possible.