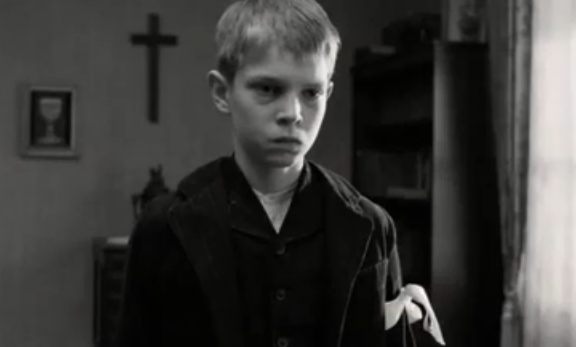 International trailer for The White Ribbon The white Ribbon is a film that is shot in somber black and white. But it played to fancies of the jurors at the recently concluded Cannes film Festival. This was the rare films that took the audience by surprise. They were surely expecting totally unexpected from the films Cache, Funny Games and the The Piano Teacher. This film grew into their sensibilities and made it stick.

The story of a town plagued, by unexpected forces, which seem to destroy the core of their existence. It surely caused the right sort of tone for the winners. But Michael Hanekeâ€™s work seems to come from a quieter place. It certainly was a welcome relief to all the trash films that were lauded this year. The case in point was AntiChrist and Kantaley. The austere looking White Ribbon was one of the highly appreciated films of this season.

After quite some time an international trailer for the film is finally out, it is same as the French trailer, but with subtitles. It shares the mood that many people had witnessed watching the film.