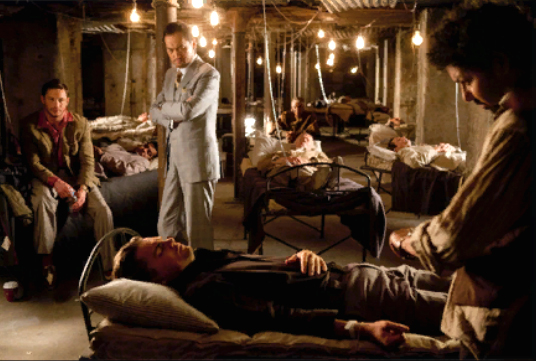 Inception image to kill them all Inception has pushed its marketing gear up a notch. So there are some interesting pointers some people are talking about in the interview with some intellectuals. There is a reveal of a military project called Project Somnacin.

The image above gives a glimpse into the tyranny of the situation that will be played out really well by Christopher Nolan. I think best part of the video below is when the Woman actually talks about a government project where we hear men actively dreaming and sharing other peopleâ€™s dreams. This is what the film will be dealing with in a lot of extent. But it will be more simplified to cater to the commercial going audiences.

The viral campaign is in overdrive. They are also trying to match what they did for Dark Knight toe to toe. The video presents itself as a genuine document, and as it turns out, the first two interview subjects are the real deal, while the third is obviously an actress. Nolan himself is conducting the interviews to make this a film within film sort of campaign. But this is really extensive for a film of such magnitude. What will really decide the fate of this film? Nothing is going to work in the favor for this film but the audience.