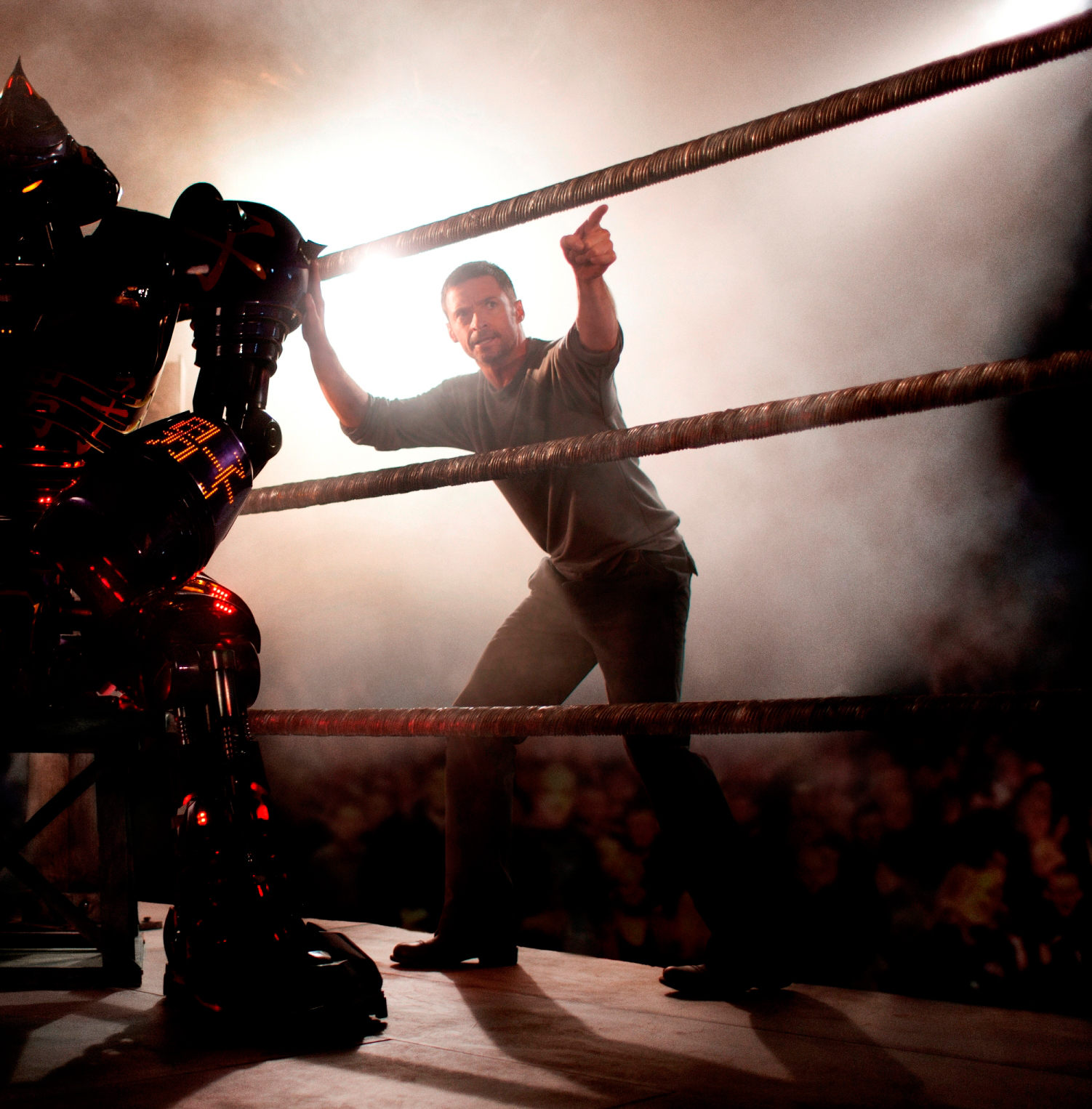 Hugh Jackman gives us a look at Real Steel 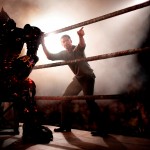 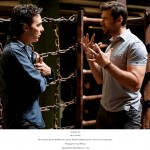 Here is a glimpse of one of the action blockbuster which will be rolling out this year. The movie has just begun shooting but the studio has already given a sneak peak on how this film will look. It is really early to say where this film will be headed. But Hugh Jackman seems to be pointing in one direction.

Touchstone Pictures are the guys who have decided to stay ahead of any leaks by releasing the first image of Hugh Jackman and a robot today. Here is a sneak synopsis of what happens in this film.

A gritty, white-knuckle, action ride set in the near-future, where the sport of boxing has gone hi-tech, â€œReal Steelâ€ stars Hugh Jackman as Charlie Kenton, a washed-up fighter who lost his chance at a title when 2000-pound, 8-foot-tall steel robots took over the ring. Now nothing but a small-time promoter, Charlie earns just enough money piecing together low-end bots from scrap metal to get from one underground boxing venue to the next. When Charlie hits rock bottom, he reluctantly teams up with his estranged son Max (Dakota Goyo) to build and train a championship contender. As the stakes in the brutal, no-holds-barred arena are raised, Charlie and Max, against all odds, get one last shot at a comeback.

The most interesting thing of the image presented by Disney has a less cropped image of the Robot. So you can see the Robot in all its glory.

On seeing the robots for the first time, Jackman said,

â€œThe moment of walking in and seeing these robots, my jaw was on the floor.â€

â€œThere are some things only visual effects can pull off,â€ Levy says. â€œBut when you give an actor a real thing, in this case a real 8-foot-tall machine, to interact with and do dialogue opposite, you get a more grounded reality to the performance.â€

The second image shows us the director working with Hugh Jackman also. The film is expected to release on by November 18 th 2011.