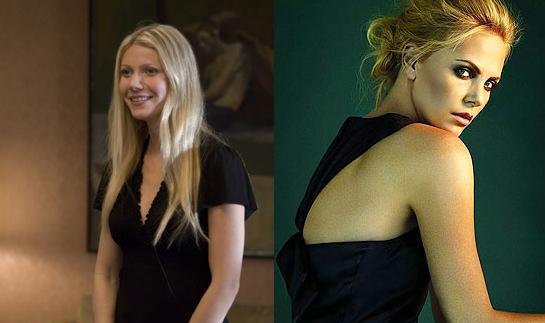 Charlize Theron seems to be getting out of couple of projects for some reason. There is probably a serious need for credibility from her end. Her film The Road is all set to release soon so there is a lot of talk about that. But probably biggest miss for her is The Danish Girl.

Nicole Kidman has been running for this project for the last couple of years. She has finally landed up with another actress to replace Charlize Theron who is Gwyneth Paltrow.

The film tells the story of Greta, a portrait painter, and who needs a model in 1920s Germany. She asked Einar to step into a dress, stocking and heels and created some kind of awakening in Einar. Now in womenâ€™s clothing her husband turned into Lili. The paintings of Lili became extremely popular. Few people knew that they were staring at a man in the paintings. But with increased popularity Liliâ€™s public image has turned. After a while Lili wanted to commit to a gender reassignment surgery. At the time it was a very experimental and dangerous procedure. But the moment the surgery was over the King of Denmark called their marriage null.

The film will be directed by Tomas Alfredson, the guy behind the greatest vampire movie of our times Let The Right One In. There is no disputing this manâ€™s talent. But with just second movie he gets Nicole Kidman and Gwyneth Paltrow. I think this will truly be an unforgettable movie experience.