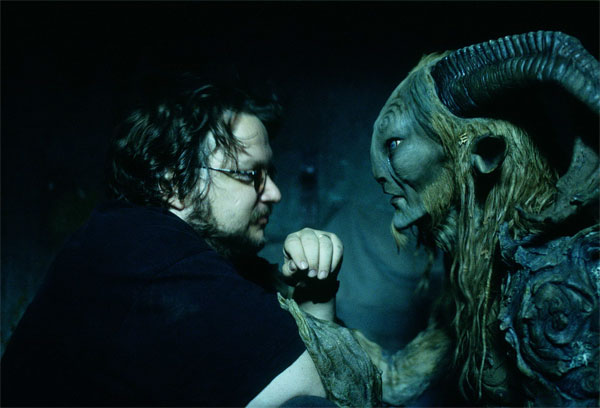 Guillermo Del Toro will play a Monster in The Hobbit I think it will be good match if he takes up one of the more beautiful monsters in this film. There has been absolutely no news about the film from any front. The Hobbit has been shrouded in a lot of secrecy.

But there is no shying away from immensity of this project. The film will be divided into two parts and will stand on its own when compared to the Lord of The Rings trilogy. They have now got on over the screenplay and several costume designs. Now the project has also been scheduled for production. Many of the older cast from the previous films will surely return for this film.

There has been news from quarters suggesting that Guillermo will take a monstrous turn with this film. He has finally revealed some of his plans for the movies like the addition of Smaug, the Wargs, the Great Goblin and the rest of the monstors.

In his interview on German Television here are some of the comments from the interview. I had a hand on the design of the creature and I will personally sculpt the appliances that will be applied on my face and hands. I used to sculpt the creatures for NECROPIA (my FX company) and I miss it a bit. I will have a line or two and die quickly.

There was also a description of the vision he would like to take the film. In The Hobbit, the creatures speak: Smaug has beautiful lines of dialogue; the Great Goblin has beautiful lines of dialogue; many creatures do. So we had to design them with a different approach because you are not just designing things that are scary. I also wanted some of the monsters in The Hobbit to be majestic. I wanted the Wargs to have a certain beauty so that you donâ€™t have a massively clear definition: what is beautiful is good and what is ugly is not. Some of the monsters are absolutely gorgeous.

Early in production I came up with a very strong idea that would separate Smaug from every other dragon ever made. The problem was implementing that idea. But I think weâ€™ve nailed it.
Here is the video of the interview which mostly deals with his book called the strain.