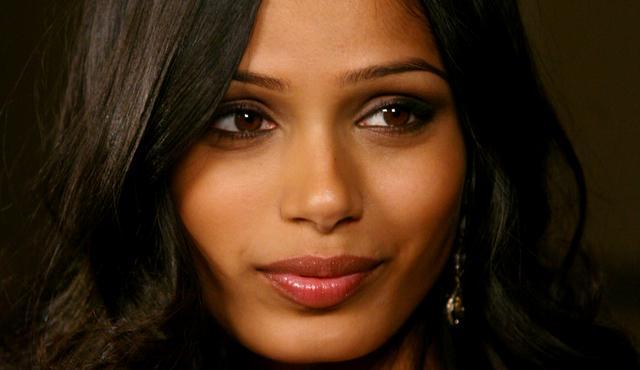 Frieda Pinto will take on the Gods Slumdog Millionaire is the film that launched this actress to the top. The film has opened so many opportunities for this young starlet. She will be next seen in the Woody Allen film. Now she has signed on with Tarsem Singhâ€™s War of the Gods. It is a new Greek mythology epic which will be filmed in a 300 like way.

Relatively has paid a seven figures sum for a script written by Charley and Vlas Parlapanides. The film has gone through another script draft with the help of Jason Keller.

It tells the story of a purported bastard who retains an allegiance to his mother despite the fact that he longs to join the quest of a king who is battling demons in ancient Greece later embarks on a grail of discovery that has him finding he is the kingâ€™s son and also fated to become his countryâ€™s greatest hero as he leads the successful war against long imprisoned Titans who are hoping to use the demons to restore their power.

Pinto will play Phaedra, an oracle priestess who must join Theseus on his quest to prevent the cataclysmic war from erupting. Warner Bros had toyed around with the idea of buying the Gods script for their remake of Clash of the Titans. On the same release week of Titans War of Gods will start production.

Tarsem had this to say about the film:

â€œItâ€™s turning into, basically, Caravaggio meets Fight Club,â€ he said. â€œItâ€™s a really hardcore action film done in Renaissance painting style. I want to see how that goes; itâ€™s turned into something really cool. This guy who I really love, whoâ€™s the only one person in it right now, is the brother in The Tudors, Henry Cavill. Iâ€™m going for a very contemporary look on top of that so Iâ€™m kind of going with, you know, Renaissance time with electricity. So itâ€™s a bit like Baz Luhrman doing Romeo + Juliet in Mexico; itâ€™s just talking a particular Greek tale and half contemporising it and telling it.â€

Tarsem is known for his work in music videos like Losing my Religion by R.E.Me and Hold On by En Vogue. He got widespread success after his debut film with Jennifer Lopez titled The Cell. After that he followed up with equally visual film called The Fall. The new film he plans will be called Dawn of War.