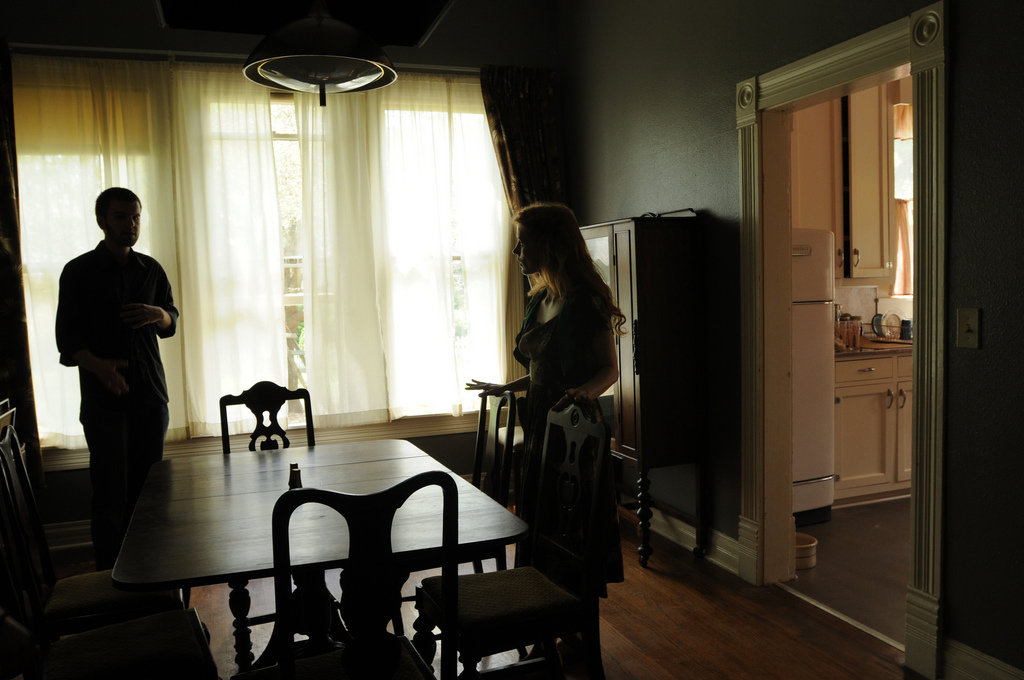 First still from Tree of Life The film in question has been taking quite sometime in the editing room. It is a passion project of one of the known filmmakers of our time. Terrence Malick is ready to present his next film called The Tree of Life.

Now the first real image from the film has finally arrived. It shows Jessica Chastain in 50s Texas home. This is the same home she probably shares with her husband Brad Pitt and their son. The film is being called a relationship drama between father and son. The son will be played by Sean Penn couple of decades later.

There is also a tragedy that falls to the family which makes the proceedings even more interesting. It is a story of a family who must come to terms with a devastating loss. In this process they discover lifeâ€™s most important lesson of unselfish love and forgiveness.

There is also another log line for the film. It is a film with a deep story about love, how you transmit love, through your family; from the parents to the children. This will be in tandem with the evolution of mankind since the creation.

But the biggest hurdle for the film is the release. Apparition is still trying to release it even though Bill Pohlad has left. The film is really not complete and the producers are quick to exaggerate at which stage of production the film will be in.

So the end of the film is really approaching but there will be several hiccups down the lesser road.