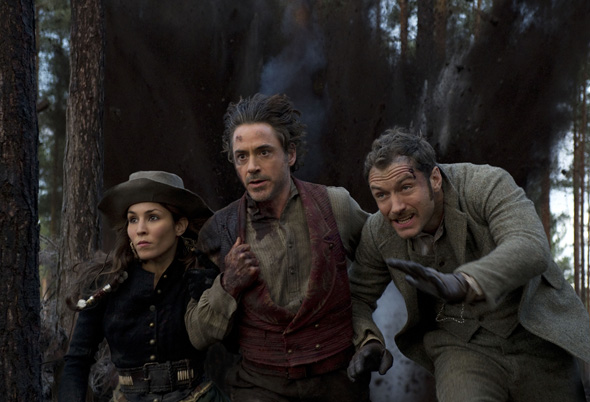 The cast seems to be running all over the place in this new sequel. They seem to be running for cover. The new addition to the cast is Noome Rapace who is famous for her role as Lisbeth Salander. The sequel is directed by Guy Ritchie who made a successful turn with the first one.

The story will play a major role in this sequel to the film. There will be certainly a lot of action in this version because of the success of the first one. We will also get to see a lot more ladies this time round try to catch the eye of Sherlock. The comraderie will also be another highlight of this new film. The rest of the stars include Robert Downey Jr reprising his role as Sherlock and Jude Law as Watson. The film will release on December 16 th 2011. Check out the still and tell us what you think.