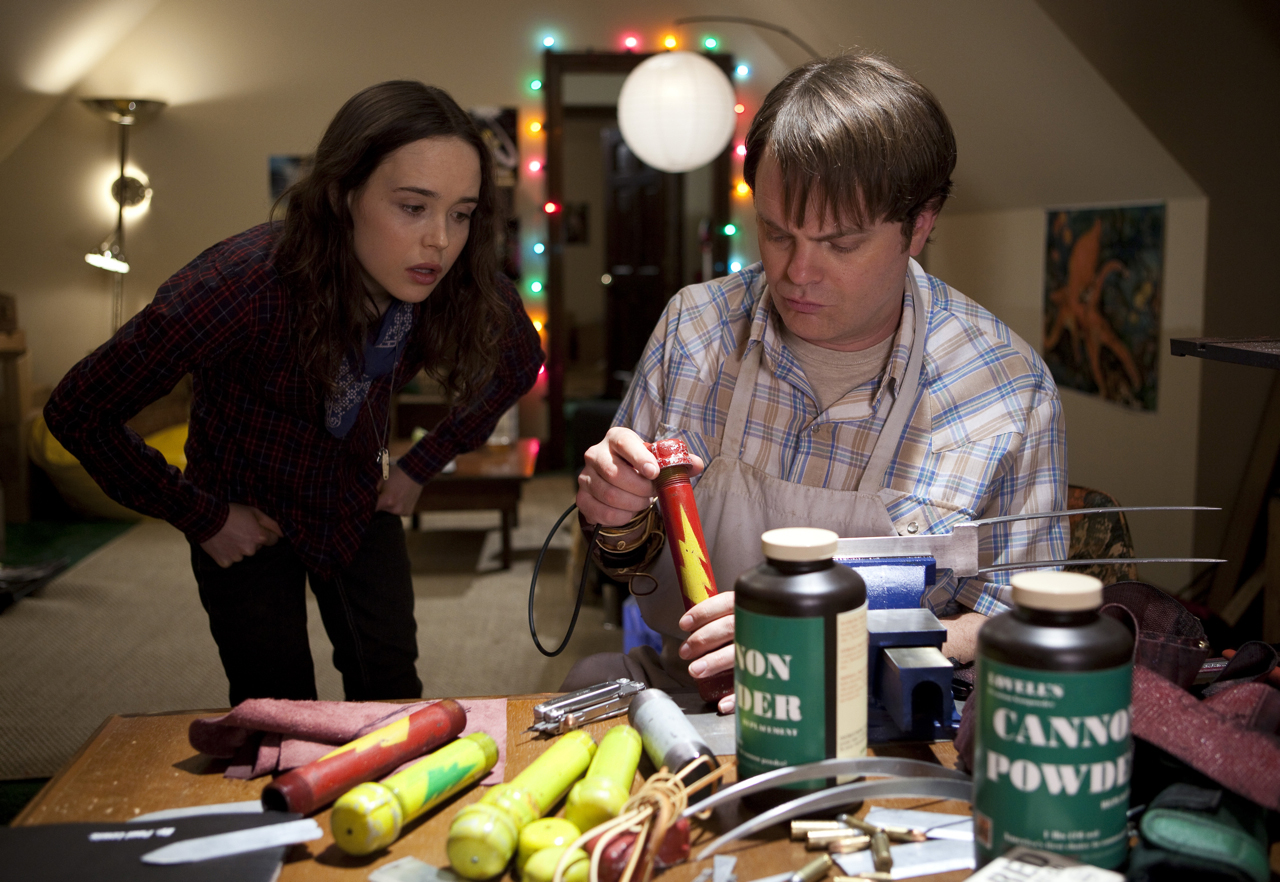 Rainn Wilson can really not hold a movie together on his own. He really needs a good supporting cast to make things happen. He will be next seen in a home made superhero movie called Super. It stars Rainn Wilson as the title character along with Ellen Page, Liv Tyler and Kevin Bacon. It will premiere at the Toronto Film Festival.

The director of the film has come out with a new image from the film with Ellen Page in it. Here is a small synopsis of the James Gunn directed film.

When sad sack Frank D’Arbo (Rainn Wilson) sees his ex-addict wife (Liv Tyler) willingly snatched by a seductive drug dealer (Kevin Bacon), he finds himself unable to cope. But when the finger of God blesses his brain (don’t ask), D’Arbo decides to fight back under the guise of a DIY superhero called Crimson Bolt. In order to get his wife back, he must first fight his way up the criminal ranks, and he begins by taking a monkey wrench to the foreheads of a couple who cut in line at the movies. As Crimson Bolt begins to make the headlines, a young woman from the local comic book store (Ellen Page) joins in on the fun as his sexually charged sidekick, Boltie.