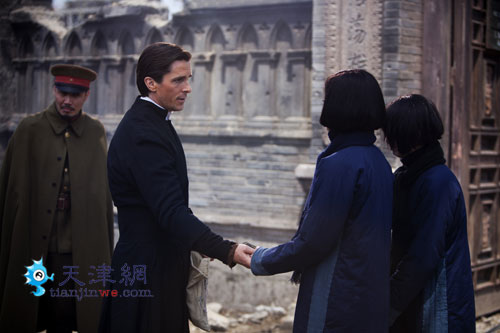 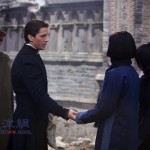 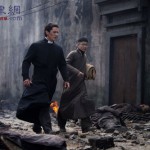 He somehow has found the time to balance out his career. He seems to be in this for the long haul. Here is another film that he is working on while getting prepped up for the Dark Knight sequel.

He is right now in China working with Zhang Yimou. The director’s new film is called The 13 women of Nanjing. It was previously known Nanjing Heroes, which is the latest Chinese film version of the infamous 1937 incident called the Nanjing Massacre, or the Rape of Nanking, in which Japanese soldiers killed hundreds of thousands of Chinese civilians and soldiers. I hope this does not turn into a sentimental draw because that is really not needed right now.

Christian Bale plays a priest in the film. The script of the film was written by Yan and Liu Heng. It is based on the novel The 13 Women of Nanjing. The book tells the story of thirteen prostitutes who stepped in for female university students who were to be taken as escorts for the troops during the period when nearly 20000 women and girls were raped and killed by Japanese troops.

We will also get to see Christian Bale mouthing dialoges in Chinese. This is one of the biggest productions from China in a long time. We will be following this film till the trailer and finally the movie comes out.