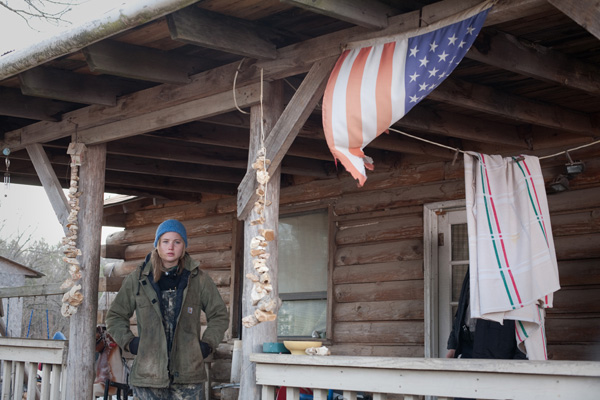 I think out of all the movies that will be premiering at this year Sundance this one will be something special. The film winterâ€™s Bone is director Debrea Granikâ€™s film. The film stars Venice Film Festival winner Jennifer Lawrence, John Hawkes, Dale Dickey, Garret Dillahunt, Sheryl Lee and Tate Taylor and it focuses on the dangerous efforts of an Ozard Mountain girl who tries and tracks down her father.

Her father who is a drug peddler has sort of defaulted most of his payments for his house. He left the house with three kids and with no money left he sold the house they were living in. He will at least stand chance to get his house back if he attends the trial. So his daughter goes on a journey to find him.

The film looks and even feels sparse, minimalist and heart wrenching. The film has been getting a lot of people talking about it. Vera Farmiga has called the directorâ€™s greatest work.

You can check out some of the clips from the film. Only after that you can decide if you want to see this harrowing picture. The trailer is via Collider

Deep in the Ozark Mountains, clans live by a code of conduct that no one dares defy-until an intrepid teenage girl has no other choice. When Ree Dollyâ€™s crystal-meth-making father skips bail and goes missing, her family home is on the line. Unless she finds him, she and her young siblings and disabled mother face destitution. In a heroic quest, Ree traverses the county to confront her kin, break their silent collusion, and bring her father home.

With thrilling tension, Winterâ€™s Bone depicts an archetypal rite of passage from adolescence to adulthood. Only this time, the young warrior is a girl. As our heroine braves immoveable obstacles, she redefines the notion of family loyalty and, in the process, discovers her own power. The spare precision of Debra Granikâ€™s direction is effortlessly profound. Stunningly genuine performances and exquisite visual details capture the textures and rhythms of a world where the mythic and the naturalistic intermingle.