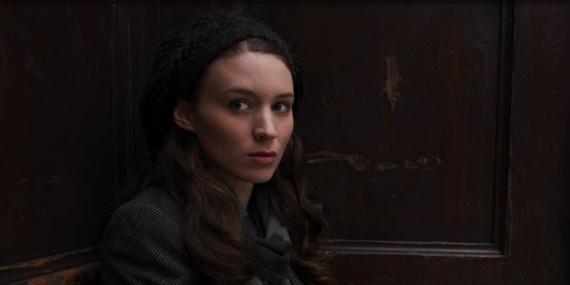 It has been a lackluster year for Hollywood with the exception of the incongruous Social Network. There have been very few films which have been lauded to this degree in recent times. It has been resurgence of what was called the quintessential American Film, but certainly not the year of the American film. Black Swan was also another case in point. It was worked upon a very low budget and people seemed quite perplexed with the final result.

Hollywood also brought some perplexing morally ambiguous films in Kick Ass and Afterschool. The former brought out a vicious tirade of attacks on the 13 year old star Chloe Moretz from all those silly rights wings. It was like a slap on the face of the Beck regime.

Black Swan was really in the realm of the senses. A constant reminder of what is to come in the director’s humble cinematography. The next big rush of blood was the year end look at the Terrence Malick’s next picture Tree of Life. The expected seminal film has thrown triggers all over the board and people seem to be perplexed by its essential core. Uncle Bonmee by Apichatpong was another film from the throes of embittered visuals taking us to places we still have not come to terms with. Film Socialism is one of the justified answers to the pertinent and irrelevant question asked so amateurishly in Inception. Jean Luc Godard made a very beautiful sounding essay movie in this one. He is one of the few veterans who still seems to be working on his craft. Mid August Lunch is another beautiful small picture. It really worked on so many levels and in trying to avoid the crowds it left with nostalgic feeling.

Another great find this year was Pedro Costa. His films explored the lives of the socially disadvantaged. He really left very little place for hope and left us with a feeling of paradoxes. It was in Ossos his first in a planned trilogy that he explored the shanty locals of Fontainhas. Most of the places shot in the film were renovated by the end. Ossos gave us a lot of hope in the bleakness displayed out there. Then came the more beautiful film called No Quarto da Vanda (In Vanda’s Room) of two women who begin to create a life out of menial work and drugs. Their lives are very much like the ones we inhabit and create a disillusioned allegory of the society we live in. 2010 also invested a lot of time in the resurrection of the classic work by Fritz Lang called Metropolis. They found lost footage from the film in Argentina and began a restoration process that spanned over a year. Fritz Lang was famous in saying that he did not like to talk about the film because of the feeling of inexistence it gave him. He will feel a little better with all the restoration done to the film.

Claire Denis worked her magic this year with two strong films 35 shots of Rum and White Material. The former took time to get released in the States because of the studios finding it difficult to release good films. A Prophet seemed also to make a lot of noise in several quarters a year after it got released.

The year would be a miss without a mention of Inception, which was a far lesser film than the director’s last outing. He was feeding on the opinion engine with this new film. The film still had an undeniable sparkle with the chemistry between Marion and Leo. It made for some original moments. Winter’s Bone is another film that worked on so many levels. Jennifer Lawrence has made a career of this singular role. She is already being compared to yesteryear greats like Jodie Foster. It also raises a lot of questions on whether it will survive the tests of the coming months.

The foreign market did have some gems with Four Lions. It really took the piss out of Terrorist propaganda and rinsed it all out of our systems. Poetry was another film that gave us some hope of things to come from the director.

I am Love was another pet project championed by Tilda Swinton for many years. Many stars got themselves out of the studio and worked with people they saw fit. Another case in point was Nicole Kidman for Rabbit Hole. There is a lot of good buzz surrounding the film for the stars. Tilda Swinton on the other hand is still working on some eccentric choices. For those of you who missed out on another film where Tilda spoke Hungarian in the Bela Tarr film Man from London.

Bela Tarr is still hard at work on his next film The Turin Horse, which has been in production for some time now. Resurgence this year was the linear narrative of French films like Father of My Children and Mademoiselle Chambon. The films really were slap on the narrative solutions provided by Americans to keep their audiences engaged. The other powerful British Film that came out this year was Never Let Me Go. It will be remembered for its brave approach to the archaic genre of science fiction. It featured a subtle yet engaging performance from the leads played by Carey Mulligan and Andrew Garfield.

The year also had a late entry in the fanboy favorite Tron Legacy. It easily stood out as the blockbuster of the year, but our resident writer Prem differs in this opinion. It really gave to the genre something really special. It has also makes us wait for what the director will be coming out with next.

The Illusionist is also a film that went through a lot of studio obstacles and still worked its way into the hearts of some cine goers. Carlos gave a witty answer to the work done by Steven Soderbergh on his film Che. Olivier Assayas efficiently used the tools he made famous in his last couple of films. He also bought another exquisite film in Summer Hours. It was throughly enjoyable and unforgettable. This year also missed out on the customary Steven Soderbergh film.

Some of the films we would still like to look out for are Nostalgia for the light, and The Arbor. Please tell us what you think of the two and tell us what to expect in the future.