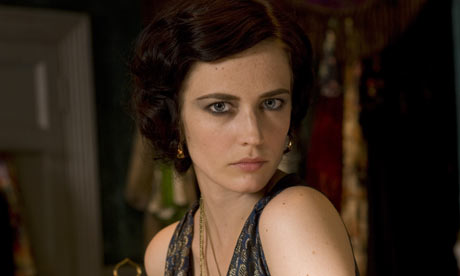 Eva Green on board for Robert Capa The Bond actress has been the rare cases of turning her eye to more character driven roles. Eva Green has just come of work on the Cracks which was an interesting look at reform school girls disintegrating. She will be joining Michael Mann on his next project on Robert Capa.

Michael Mann has been working on the pre production of this project for some time now. It is one of his pet projects and it will translate very well on screen because it is the tale of a photographer. Green will fill the shoes of fellow photographer Gerda Taro who had a beautiful romance with Capa. The film adapted from Susana Fortes Waiting for Robert Capa will center on the love affair between the two photographers. The two met in Paris in 1935 where to two began a two year romance that ended when Taro was tragically killed in a road accident at the Battle of Brunnete.

There were also several other romances one high profile one with Ingrid Bergman. But Taro was the love of Capaâ€™s life and the two never married. Only photo of Taro was found in Capaâ€™s wallet at the time of his death.

The scenario works well for Michael Mann who loves taking pictures. So it will be really something to see him gel images with real life incidents in this one. But there is already a lot of controversy surrounding some of the images of Capa which will need a thin line to cross. The thin line will get blurred in a Michael Mann movie. He doesnâ€™t work on a realistic palette.

Jez Butterworth is actually working on the adaptation of this film for Coumbia. This will certainly be Michael Mannâ€™s next film. But now the role of Capa is the critical one. We will be following this to see where this leads.