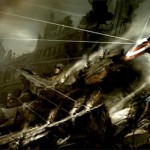 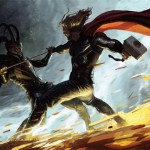 I hope the film turns out to be as good as these banners. With only couple more days for the Comic Con. There is going to be a whole lot of rumors running around in the next couple of days. They have already brought a series of good images from the Thor film. It is time for Captain America to stand up.

Captain America will be directed by Joe Johnston. These kind of artwork pieces are used to promote the film. There is a lot of nervousness in the Captain America camp since none of the casting has been made secure.

So wait for the Comic con to be the place for all the announcements to be headlined. For the time being hope that these images will translate into the big screen.