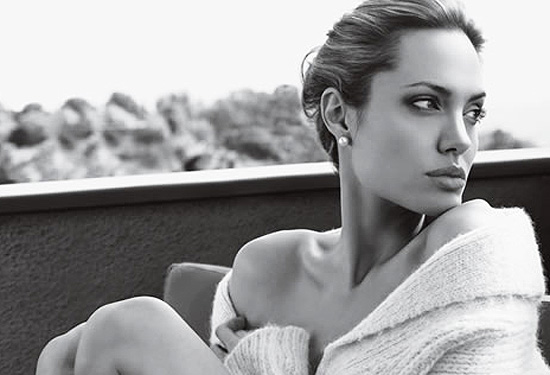 GK Films has been trying to get Angelina Jolie on board for an adaptation of the famed British TV series Unforgiven. They were the company that financed the film The Tourist, which stars Angelina along with Johnny Depp. They will also be the ones working on her directorial effort on the Bosnian love story.

Christopher McQuarrie is in line to write a film adaptation for the British TV series. The series is about a woman originally played by Suranne Jones. She has been released from prison on license after serving 15 years for the murder of two policemen.

Here is a small synopsis via Slashfilm.

Ruth has spent half of her life imprisoned, and now faces the daunting prospect of rebuilding her life whilst being irresistibly drawn to the place that haunts her, Upper Hanging Stones Farm. In spite of trying to focus on the future and her new boyfriend Brad, Ruth is unable to forget her past and the sister, Katie, who she was forced to leave behind. Outraged to hear that the woman who killed their father has been released, Kieran and Steve Whelan are eager to seek revenge. Believing that life should mean life, the two brothers decide to take the law into their own hands. But just how far are they capable of going? Can they really do to her what she did to their father?

Angelina Jolie won’t be part of this film until unless one draft of the film is not seen. Christopher McQuarrie has not worked much in the industry and he will be hopefully known for his work on films like The tourist, Wolverine 2, and Jack the Giant Killer. So we will have to wait out for this one to really develop.