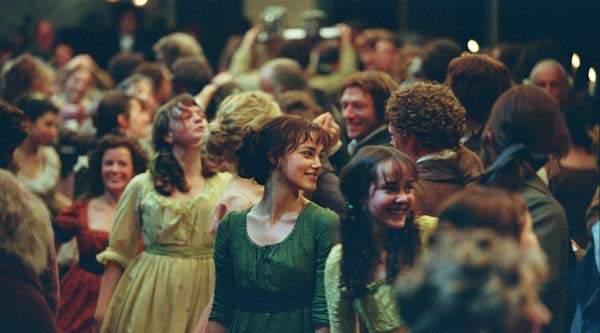 Carey Mulligan and Keira Knightley in Never Let Me Go Director Mark Romanek has just gotten lucky with his decision to walk of The Wolfman only a few weeks before shooting. I think he can breathe a sigh of relief after seeing what has become of the film.

Here is the link for the image

He then jumped on bored to direct Kazuo Ishiguro famed novel Never Let Me Go. This one looks already promising because of the presence of Carey Mulligan. The new Issue of Empire has the first official photograph from the film, showing the stars Carey Mulligan, Keira Knightley and Andrew Garfield. It is one of the most anticipated film of this year by a margin.

Carey Mulligan is really star of this film. Mark Romanek had this to say about the presence of Keira Knightley in the film. â€œObviously having Keria on board helped raise finances a little,â€ Romanek told the magazine, â€œBut we had to have Carey in the lead role.â€ This role was given to her even before she stared in An Education.

Mulligan calls the film as having science fiction and horror tendencies, but is actually not a genre picture in the least and cannot be described as a traditional picture in those veins at all. It is a low key and melancholy drama triangle set in rural England, but with a secret. â€œIt is a fascinating story,â€ Mulligan was heard saying “It doesn’t deal massive emotional blows in an obvious way. But it’s shattering when you realize how terribly wrong our characters’ situation is. It’s great having Mark in control and it’s such a wonderful book. In fact, it is one of those books I wish I had never read, so I could read it now for the first time. When you read the last page you are gutted.”