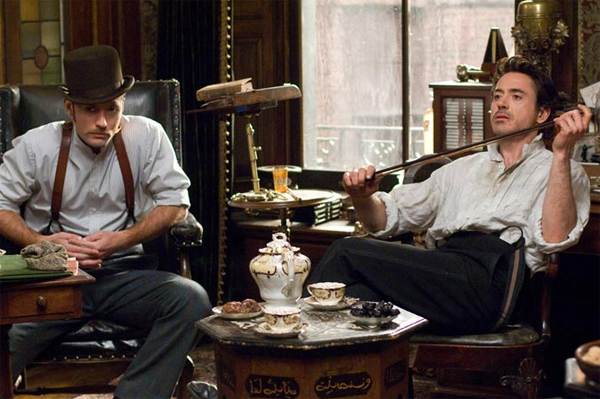 The news has just crash landed on all blogs. Brad Pitt has shown interest in playing Moriarty in the next Sherlock Holmes film. Brad Pitt was last seen with Guy Ritchie in the cult film Snatch. The film brought new legion of fans to the director. He became a household name once that was out.

Just with three months left for the release of the first part of Sherlock Holmes. The studios are working in overdrive to make the next one. Pitt has already had discussions with the producers on what he wants his role to be. But a villainous take will be something of a blessing after the success of Inglorious Basterds. Jude Law who is basking in the Watson remake is really the one to look out for in this the retake on the old detective tale.

Robert Downey Jr has already infused his distinct charm on to this film. He is running on a high from last years Iron Man and Tropic Thunder. So this will be great run for him as a superstar. The only other fellow who seems to have a similar career graph as him but with lesser drug usage is probably Johnny Depp. It will be interesting to see the two of them share some screen space in the distant future.