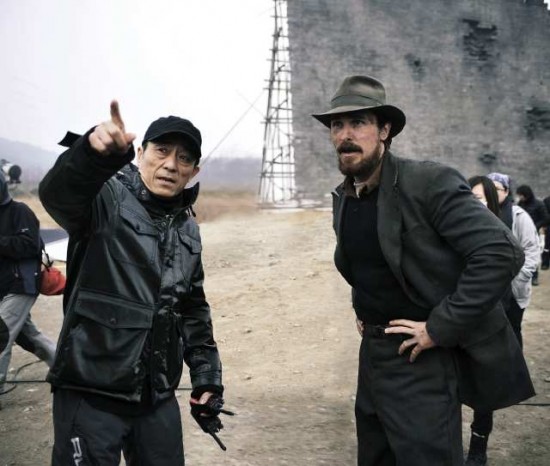 Zhang Yimou titles his film The Flowers of War Christian Bale went all the way to China to shoot a film with Zhang Yimou and is back shooting what he loves best Batman in The Dark Knight Rises. There is really no lengths to which he would go to to get a role. The film will be called The Flowers of War now.

The film will be released in China on December 16 th and the hope is to release it at more or less the same time in the US and other countries. The distribution still has to be worked out.

The film is based on a script by Liu Heng and is based on a historical novel by Yan Geling and will have Christian Bale speaking some Chinese as well. The film is already one of the most expensive films till date. It will have a lot of action set pieces as well. It is based on the infamous 1937 incident called the Nanjing Massacre, or the rape of the Nanking, in which Japanese soldiers killed hundreds of thousands of Chinese civilians and soldiers, and raped thousands of women after the capture of the city of Nanjing.

Christian Bale gets to play John Haufman, a salty mortician who apparently has to come to town to bury the priest of a cathedral in Nanking. The cathedral also has a school for girls, and with war waging all around and the priest dead, John dons the priests’ vestments and works out a temporary reprieve from the rampaging Japanese soldiers.

The film will take turn when the Japanese take up some of the women as sexual servants. The Japanese are said to be a little outraged by the premise the movie. It will be difficult for this movie with all this going for it to get distribution stateside so let us see about that.