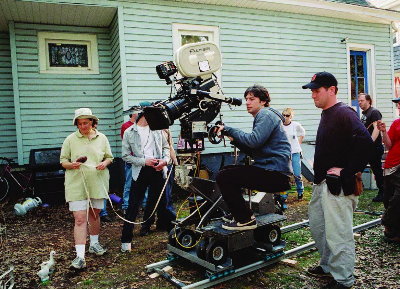 Zach Braff to direct another film After creating a ripple of thoughts, with his cult film Garden State. One of the strongest points of that film was the use of music. He is trying to work on another Garden State type film. His successful turn on Scrubs is all about coming to an end. Zach Braff will be daring to do something with film now.

He wanted to work on several potential projects in the works, but he did not get it on paper for various reasons.

“There were a couple of times I tried to put together a movie, and for one delicious Hollywood reason or another, they never came to fruition. But I’m hoping to direct’Swingles’ soon. And I’m in the midst of [writing] my first original since Garden State. I’m also writing a play because now that I live in New York, I’m infatuated with the theater.”

His next film will not be a sequel to Garden State, but it will in the same lines as the previous film. The film in probability will be about a man who seeks an obnoxious woman to serve as his new wing-man in the dating scene. The film was supposed to be linked to Cameron Diaz playing the main lead. It has been a while now so nothing is certain.