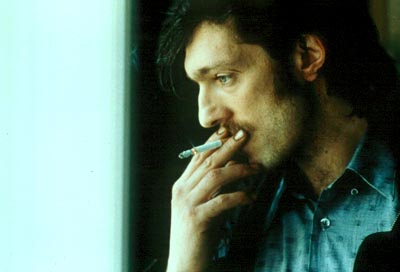 Vincent Cassel has slowly turned into one of the biggest French exports to the States. He is known for his work on movies like Brotherhood of the Wolf and Read My Lips. Vincent Cassel has already worked with David Cronenberg on Easter Promises along with Viggo Mortensen. He played Krill, the unstable son of a Russian mob who raped a 14 year old girl who came to them for protection.

Cassel has been getting quite a lot of buzz for his role in the gangster drama Mesrine. It will be released in two parts in the US. The actor also told that Krill will be back for the sequel of the film.

The new film will be shot in Russia. Vincent Cassel will also be working with director who gave him the role in Brotherhood of the Wolf: it will be an update on the classic French literary villain Fantomas, who appeared in several novels and serialized silent movies.

“It’s going to be a huge action, supervillain movie, $70* million Euros, Jean Reno and myself, and it’s supervillains with high technology.” Like Mesrine, the title character is a master of disguise, but not quite in the same way. “More in a techno way, I’d say.”

“I just finished another movie that might be really cool called ‘The Monk,'” he also told us. “It’s a gothic book from the 17th Century, and it’s about religion vs. life really, and I think it’s going to be pretty cool.”

Darren Aronofsky also cast him in his new movie called Black Swan, playing a character named Korolyevna that Cassel compares to George Balanchine, the founder of the New York City Ballet in that his character is a control freak, a true artist using sexuality to direct his dancers.