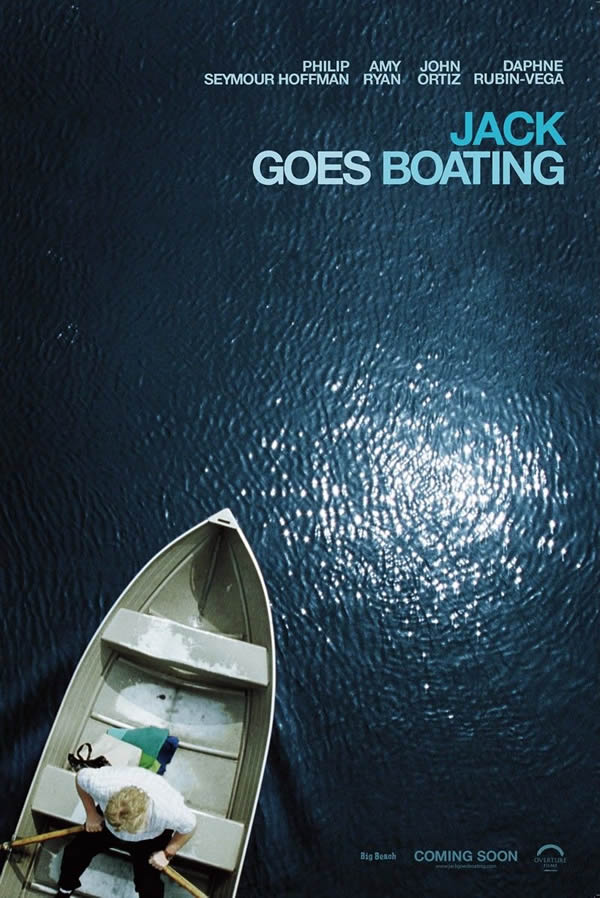 We have already spelled out the actors and most of the crew of this film. The film is the first directorial venture of Philip Seymour Hoffman. The film premiers at the Sundance film Festival.

We had shown you some clips from the film couple of days back. The film will be something in the lines of Savages and many of the relationship kind of films Philip Seymour Hoffman is known for.

The film is a tale of love, betrayal, friendship and grace centered around two working class New York city couples. You can check out the synopsis the film after the jump Jack Goes Boating is a tale of love, betrayal, friendship and grace centered around two working-class New York City couples. The film stars John Ortiz (American Gangster), Daphne Rubin-Vega (Broadwayâ€™s â€œRentâ€), Amy Ryan (Gone Baby Gone) and Philip Seymour Hoffman (Capote), with Hoffman making his feature directorial debut. Bob Glaudini (â€A View From 151st Streetâ€) adapted his acclaimed Off Broadway play for the screen. Jack (Philip Seymour Hoffman) and Connie (Amy Ryan) are two single people who on their own might continue to recede into the anonymous background of the city, but in each other begin to find the courage and desire to pursue their budding relationship. In contrast, the couple that introduced them, Clyde (John Ortiz) and Lucy (Daphne Rubin-Vega), are confronting unresolved issues in their marriage. Jack is a limo driver with vague dreams of landing a job with the MTA and an obsession with reggae that has prompted him to begin a half-hearted attempt at growing dreadlocks. He spends most of his time hanging out with his best friend and fellow driver Clyde and Clydeâ€™s wife Lucy.

The couple set Jack up with Connie, Lucyâ€™s co-worker at a Brooklyn funeral home. Being with Connie inspires Jack to learn to cook, pursue a new career and take swimming lessons from Clyde so he can give Connie the romantic boat ride she dreams of. But as Jack and Connie cautiously circle commitment, Clyde and Lucyâ€™s marriage begins to disintegrate. From there, we watch as each couple comes face to face with the inevitable path of their relationship.