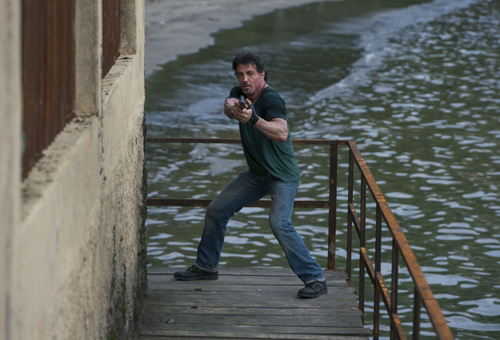 This trailer takes a dig at all the teenage girls and women out there who are drawn to the Twilight franchises and the silly Julia Roberts films. There is a reason to be happy to a certain extent. The makers are ready to smash your senses out of your brains with their new movie called The Expendables. It just looks silly trying to be the anti of stupidity.

So it is their mission to annihilate their competition by working on a youtube style promo for this silly movie. The film stars almost everyone except Miley Cyrus who is also an action star. But she does not want to be treated like one. The film stars all the action stars in the world who donâ€™t need to be named here. The trailer is quite self explanatory.

It has the makings of another Epic Movie with a lot of action thrown into it. Will this idea get sold? I donâ€™t really care now. It will be better to check out the teenage version of this film called Scott Pilgrim vs. the World. It comes out during the same time and might prove a big dent in its box office.