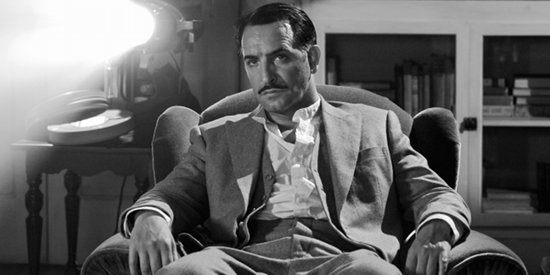 The film industry loves to see homages to old genres and ways of filmamaking. They seem to rehash everything so that old folks at the studio can reminiscence the dry old times. In the process they bring nothing new to the table. This also the case for the new film The Artist.

The film is directed by Michel Hazanavicius and it talks about the silent film era in Hollywood. The film stars two French Actors Jean Dujardin and Berenice Bejo but also some perinnial American favorites like John Goodman and James Cromwell.

The film talks about a very successful silent movie star. The advent of the talkies will sound the death knell for his career. For young extra Peppy Miller, it seems the sky is the limit – stardom awaits.