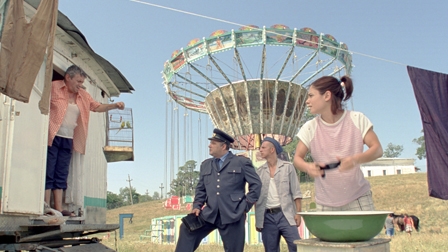 The film is the next one in the planned trilogy by director Cristian Mungia. His last film was 4 months, 3 weeks and 2 days. The trilogy will deal with times spend during the Ceausescu regime.

It will be one of those historical films. But not in the beaten path of many other historical movies, it will be a revitalization of the mood of that time. But this is not Romaniaâ€™s Oscar submission Politist Adj. which is a story of informants and surveillances in Romania. But the two directors are really creating a lot of waves in the Romanian film industry. Check out the trailer of Tales of the Golden and see this cinematic revival.