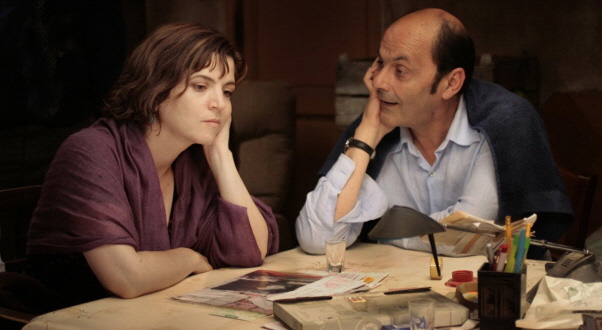 This is nice way to write the 1000 th post. We take up the trailer of the new movie by Agnes Jaoui. It has been getting a lot of acclaim from the British Press. The name of the film Let It Rain is also apt for what we are doing.

The new film is directed by the man behind movies like Look At Me and the Taste of Others. The new film is really charming and sharp witted battle of sexes. It is a charismatic comedy.

It tells the story of Agathe Villanova who is a workaholic feminist politician who upon reluctantly returning home in the south of France to sort out her motherâ€™s affairs, side by side runs for a local election. So when she reaches there she takes part in a documentary being made by two men played by Jamel Debbouze and self professed magnum opus director Michel played by Jean Pierre Bacr.

The documentary is based on successful woman but it unravels Agnesâ€™ characters life in the process of the making of the documentary. This is surely something which should not be missed. It has some really good humor which will keep you engaged and some really good improvisational takes which leave dazed for days. Donâ€™t miss this one and the let the rain pour on all of us.