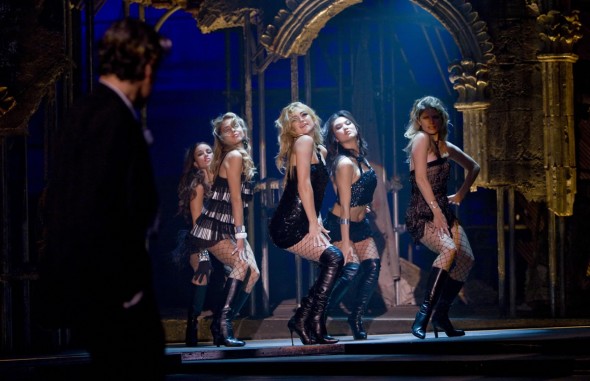 I just hope these are a series of trailer prepping us for the release of the film. The star cast is getting ready for the huge premier of the film. But there seems to be some interesting publicity left for Kate Hudson in the think of it all.

They are trying to promote her for getting an Oscar. But it will be surely a miss with Penelope Cruz giving a great performance in this one. The play of lights in this trailer is just something to look at. Daniel Day Lewis is at his suave best. The women seem to be shining like always. It is just time for the curtains to come down soon.

We had already featured a couple of clips with both Kate Hudson and Penelope Cruz. This trailer is more of an extension of that one. The film is directed by Rob Marshall. The film stars Penelope Cruz, Nicole Kidman, Kate Hudson, Marion Cotillard, Daniel Day Lewis, Sophia Loren and Judi Dench. There is really nothing to loose with a cast like that. Check out the trailer after the jump.