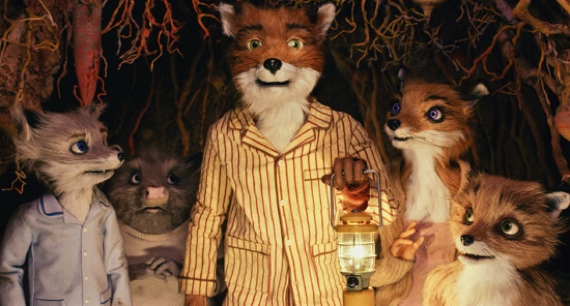 The film is based on the fantastic Roald Dahl classic Fantastic Mr. Fox. The treatment of the film will be something to look out for. I just absolutely adore Wes Andersonâ€™s sensibilities. He seems to come from a nice place. I love his work on his last film Darjeeling Limited. It made this years Oscar Winner Slumdog Millionaire pale in comparison. We had debut the trailer quite sometime back. The film is stop motion animation with an absolute stunner of a voice cast. There were also some featurettes showing the weird voice over techniques that the director has employed in this one.

Among the cast George Clooney is the stand out performer. The trailer is really sweet and will warm up to the audiences next month. The story written by Roald Dahl is really special. Noah Baumbach also was a part of the script writing stages of the film. We are hoping for the best for this one. The film also stars Cate Blanchett, Bill Murray, Meryl Streep and regulars like Jason Schwartzman and Anjelica Huston. Here is the second trailer after the jump.