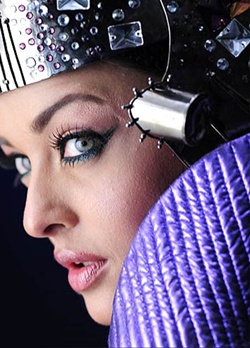 Enthiran has been in the making for quite some time. It is the most expensive Indian cinema and it will be out in 3D as well. So this will be the biggest musical coming out in India after a long time. The film stars Japanese people’s favorite star Rajnikanth. He seems to get younger with age and look sillier as time passes by. The film also stars international star Aishwarya. She did a better job in the Tamil version of Ravaan than this farce.

The film’s soundtrack is being done by A.R. Rahman. It will be out soon. The music launch was done in Malaysia with a lot of people falling of their chair. There were also some like us who could not stop laughing at the stupidity of this all.