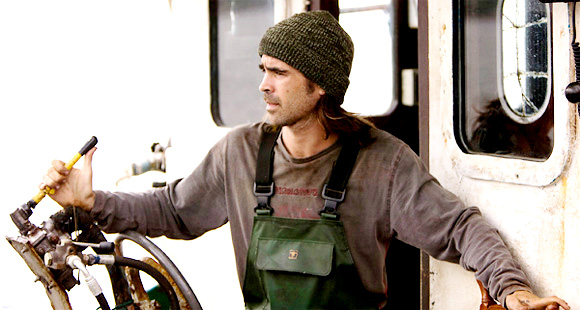 There has been a lot talk about Ondine for the way it was shot and the whole look of the film. I have been a big fan of Colin Farrell for sometime now. So it will be interesting to see him in a role like this.

Colin Farrell plays an Irish fisherman and recovering alcoholic who discovers a woman in his fishing net who he believes to be a mermaid. It is a dreamy romantic sort of film with a twist ending. But the whole premise works beautifully in its favor. The film is being shot by Christopher Doyle.

Doyle is known for his work on the Wong Kar Wai movies and the recent Gus Van Sant movie called PArnoid Park. The score for the film was done by Sigur Ros who really gave the film something special.

Magnolia Pictures has acquired this small gem and it is expected a June 4 th release. The trailer features some not so good music but it will be much better to check it out on the big screen.