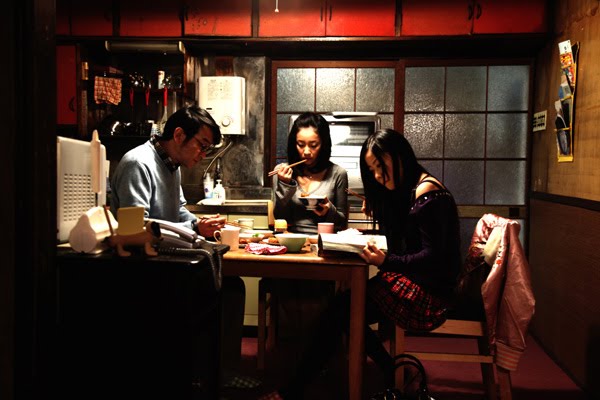 The new trailer for the film is outrageous and the intention is still good. The film came out quite a while back. It was having a tough time trying to get a distributor in the last couple of months.

The film follows Shamoto who runs a small tropical fish shop and leads a boring, but stable life. His second wife, Taeko, does not get along with his daughter, Mitsuko, and this worries him. He also feels somehow unfulfilled and dissatisfied with what his life has become.

The tale of an ordinary man being driven to the edge of the abyss interest us a lot. We will surely be catching this one and writing a review for it soon. The film is directed by the acclaimed Sion Sono. Tell us what you think of this absurd trailer. All of you should check out the directors earlier films like Suicide Clubs and the one mentioned in the trailer as well.