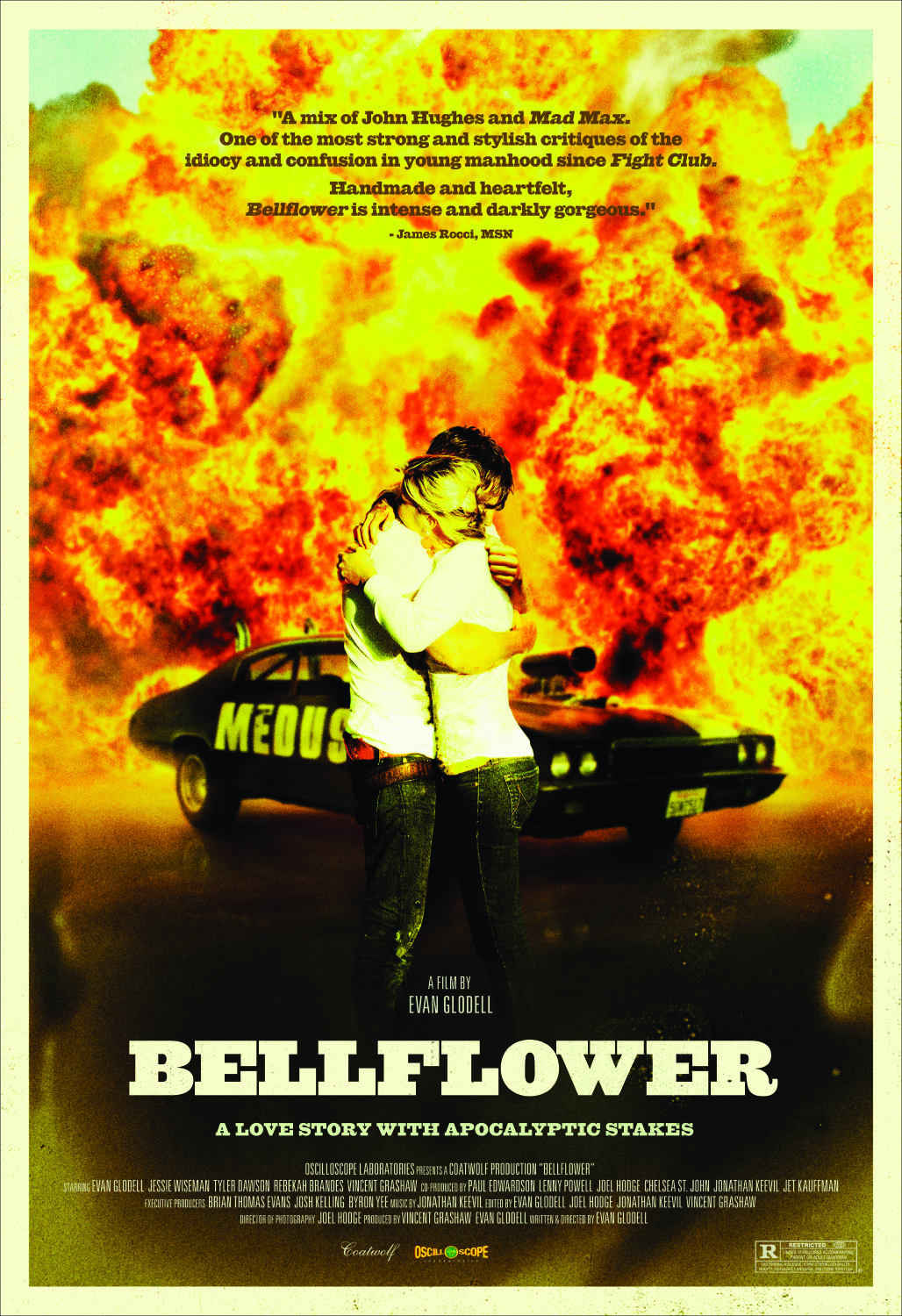 Trailer Watch: Bellflower is out with a poster The film has been getting great buzz in the last couple of weeks. The slow motion shots in this has really gotten everyone thinking. The film will be released by motion/Capture all over and the intensity with which this trailer is done will get you guys thinking of not missing out on this experience.

The film was made on a shoe string budget. It is being distributed by Oscilloscope Laboratories and will be released in the US on 5 th August this year.

The film was written and directed by Evan Glodell, who makes his writing, directing as well as acting debut in the film. The rest of the cast is a group of unknowns like Jessie Wiseman, Tyler Dawson, Rebekah Brandes and Vincent Grashaw.

“Best friends Woodrow and Aiden spend all of their free time building MAD MAX-inspired flamethrowers and muscle cars in preparation for a global apocalypse. But when Woodrow meets a charismatic young woman and falls hard in love, he and Aiden quickly integrate into a new group of friends, setting off on a journey of love and hate, betrayal, infidelity, and extreme violence more devastating and fiery than any of their apocalyptic fantasies.”

Glodell has made an impressive debut and is getting everyone excited. Tell us what you think of the poster of the film as well.