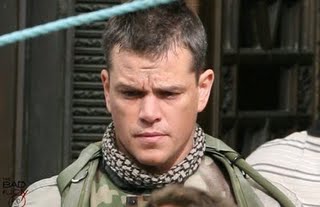 There have been couple of films that have been bumped these last couple of months because of economic viability. But the cause for this is concern for some great directors and stars. One of the biggest bumps is the 100 million dollar Paul Greengrass film called Green Zone. This is surely one of the hard sell after so many of the movies falling this period have really not done pretty well. So with a budget this big it is surely a cause for concern for studio bosses.

I think the budget concerns of this film is surely the reason for the bump. But will the prospects of this movie make it better is still not certain. So the Matt Damon starrer is surely going to be made like a Bourne style thriller. It certainly will make a small difference. Matt Damon told Empire.

“It’s great, I’ve seen it. They’re finishing some of the effects, and it’ll be ready for March. We got a $100m Iraq movie, so we’ll see! I do have high hopes for it, though. I think it’s really good. I know the Iraq movies haven’t been particularly popular so far, but hopefully this will find an audience. It’s a thriller, really, set against the canvas of Iraq in 2003.”

So I think the studios who took this bold move of making this movie into reality get their money back. They surely will be garnered with some awards. But we should just take this movie for what its merit is and not its worth.

Matt Damon is still not certain about Bourne after some terrible scripts surfaced that have not gone well with the actor or the director. Here is just hoping the best from this mess.